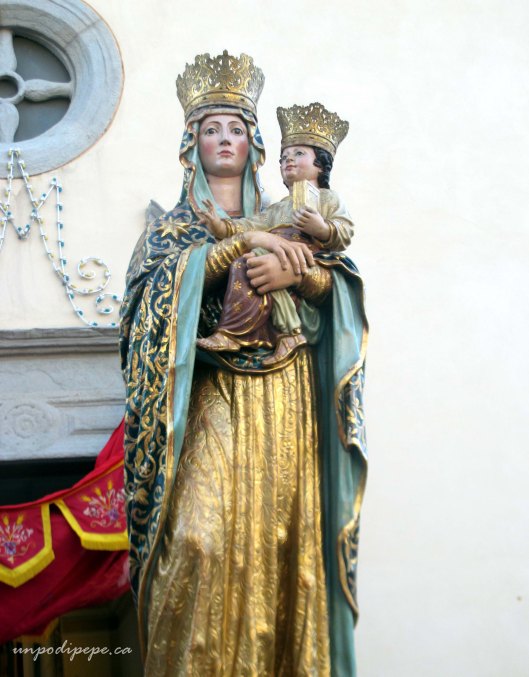 August 5th is the feast day of La Madonna della Neve (the Madonna of the Snow).  She is one of the Patron Saints of Orsara di Puglia and there is a big festa.  She is carried through Orsara in a procession and returned to her usual spot in the main church. In the evening there is a Mass, then music and fireworks in her honour.  La Madonna della Neve is the protectoress and Patron Saint of many paesi montani or mountain villages because, of course, it snows!

La Madonna della Neve is tied to the origins of the Basilica Santa Maria Maggiore in Roma.  According to legend, in the year 352, the night between August 4th and 5th, the Madonna appeared in a dream to a wealthy couple who wanted to build a church.  She asked them to build a church where snow had fallen during the night.  They went to tell Pope Liberio and it turns out he had the exact same dream during the night!

In the middle of a hot Roman summer, snow had fallen on L’Esquilino, the Esquiline Hill.  The perimeter of the snowed on area was where the church of Santa Maria ‘Ad Nives’ (of the snow) was built. The church is usually known as Santa Maria Maggiore. 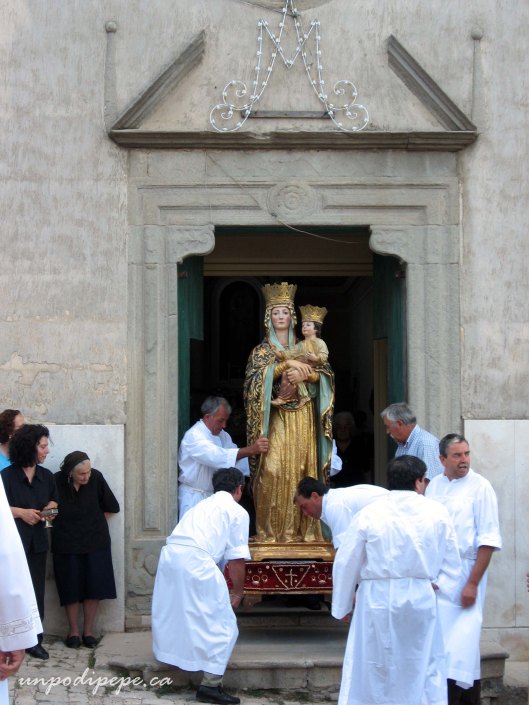 Orsara’s Madonna della Neve statue was carved out of a single piece of quercia (oak) by Napoletano sculptor Aniello Stallato in 1624. I have been familiar with this beautiful sculpture since I was 11, but I had no idea she was almost 400 years old! Here are some photos of the processione! 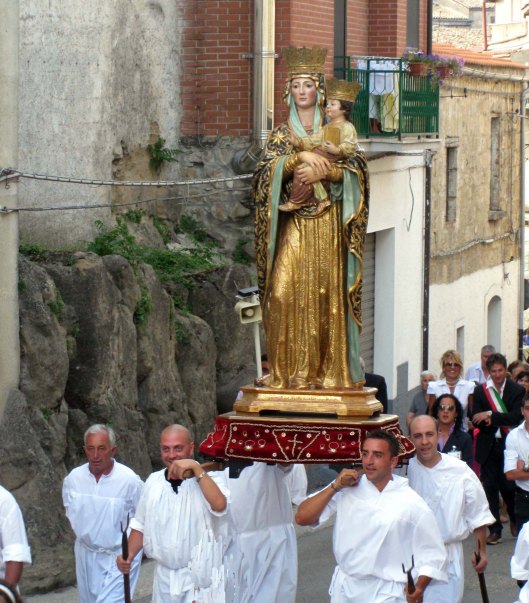 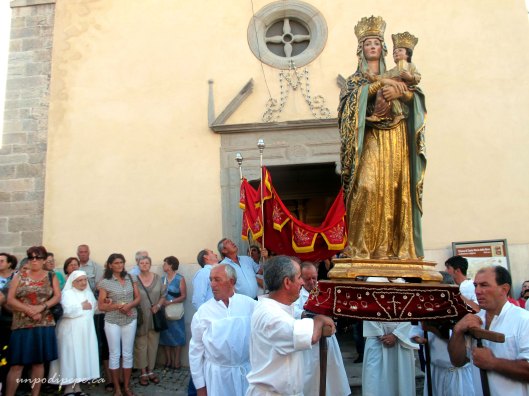 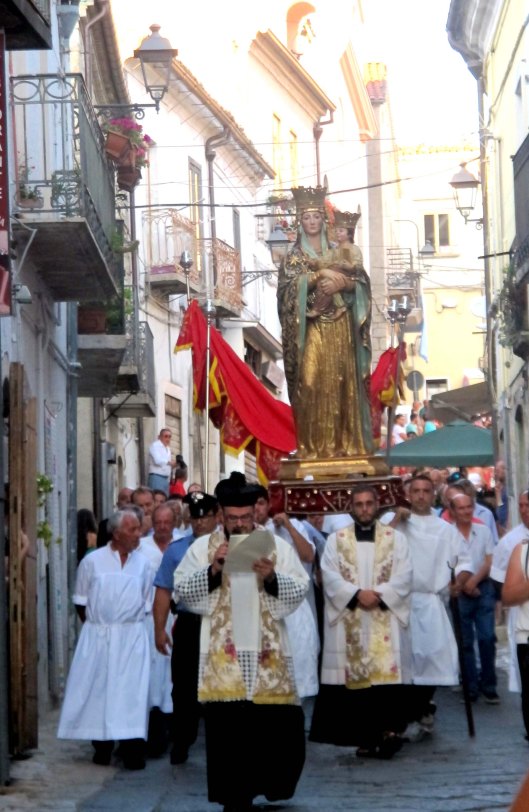 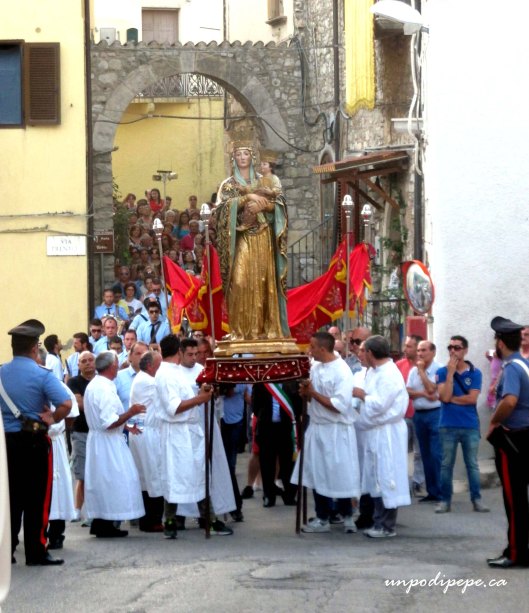