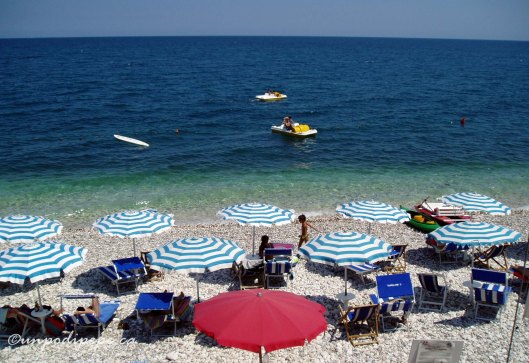 Ferragosto refers to August 15th and up to a week before and after. August 15th is a national holiday, celebrating l’Assunzione di Maria-the Assumption of the Virgin Mary to Heaven at the end of her life on earth. If you know anyone named Maria Assunta, she was probably born on August 15th!

Most Italiani take their holidays at this time, heading to the mountains or seaside for cooler weather. At the very least, most are away for ‘il ponte di Ferragosto’ the long weekend around August 15th. 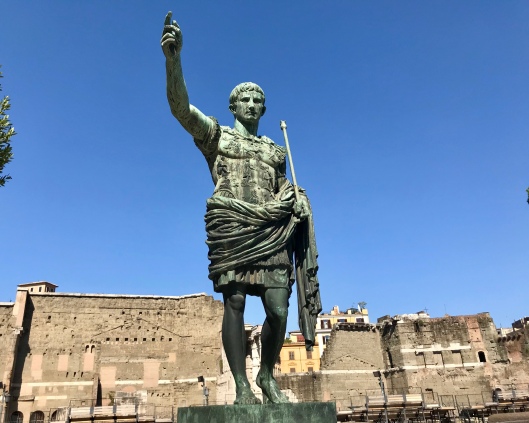 Ferragosto goes way back….the name comes from the Latin Feriae Augusti or holidays of the Emperor Octavius Augustus, started in 31 BC. There were already several other Roman festivals the same month, such as Consualia, celebrating the harvest. They were combined into a longer rest and feasting period after months of heavy labour in the fields. The celebration originally included horse races. Il Palio dell’Assunta in Siena every August 16th still keeps this tradition going.

Taking a trip mid-August became popular in the 1920’s. The fascist government set up discounted trains for Ferragosto Aug 13-15 to give the less well off an opportunity to see other Italian cities.

In the 1960’s it became common for factories and large businesses in the bigger cities such as Torino and Milano to shut down for 2 weeks in August, or sometimes even the entire month.

This gave workers from the south or small villages the opportunity to return home and spend time with family, and also to get away from the summer heat in the city. This tradition continues, although not as much as in previous years. It is common to see Chiuso per ferie signs for 2 weeks in August, but many small businesses now close in June or September instead.

I am often asked why small, independent businesses shut down for 2 weeks instead of having more staff and staying open. The main reason is that in Italia it is very expensive to have dipendenti-employees.  It often makes more financial sense for a local, family run place to simply close for a few weeks. Spending time with family is also valued more than in some cultures, so shutting down to be with family is an accepted, even encouraged practice.

2 weeks ago I was in Napoli and tried to go to the popular Pizzeria Gino Sorbillo. The lineup was ridiculously long, so I went somewhere else and had a delicious pizza Margherita. Last year on August 17th, the sign pictured above was on the door of the same place. They were closed for 3 weeks and their other location near the harbour was open.

Should you avoid going to Italia in August? Absolutely not! If that is when you are able to go-then do it! Just do not attempt to travel on August 15th, as public transportation will be greatly reduced and nearly everything will be closed. Museums and cultural sites will be open though. Roma, for example, will be empty of Romans for the week, so it will be less crowded with fewer cars on the road. It is a great time to visit air-conditioned museums and cool stone churches. There will be more than enough restaurants open that nobody will starve.

I usually go to Italia in August as this is the best time of year to go to my small mountain village. There are feste and concerts all month, my friends and relatives have time off and those who have moved away for work come back to visit.

What are you doing for Ferragosto?

This post is written as part of the monthly blogging linkup Dolce Vita Bloggers  hosted by Kelly , Jasmine and Kristy.